The University of Virginia Foundation announced today that Kevin J. Fay of McLean has been named the new chair of the foundation’s Board of Directors. The appointment is effective July 1, 2017.

Fay, who recently completed a four-year term on the UVA Board of Visitors, was appointed to the position by Rector Frank M. “Rusty” Conner. The UVA Foundation, an independent 501(c)3 organization, provides real estate and financial services for the University of Virginia.

Fay succeeds former board member L.F. Payne, who chaired the board since 2011. Payne, a former U.S. Congressman representing Virginia’s 5th Congressional District, had also served on the foundation board from 1986 until 1994.

“I also want to thank L.F. Payne for his many years of dedicated service on the foundation board,” Conner said. “Under his leadership, the UVA Foundation accomplished so much to position the University to expand and improve its facilities for decades to come. He has been an important leader for the University on many fronts for over three decades. We are grateful for his service."

Fay is the vice chairman and chief executive officer of Alcalde & Fay, an independent public and government affairs firm based in Arlington, Virginia. He joined the firm in 1982, became president in 1991, and CEO in 2015.

Then-Gov. Robert McDonnell appointed Fay to the UVA Board of Visitors in 2013. He chaired the board’s Buildings and Grounds Committee from 2015 until last month, when his term expired.

He served 10 years as a member of the board of the Fairfax County Park Authority, including serving as its vice chairman. He chaired the board’s Planning and Development Committee as well as the Strategic Planning Committee. He is also immediate past chairman of the Board of Governors of Bishop O’Connell High School in Arlington, Virginia, having served as chairman from 2006-2011, and was recognized with the school’s Distinguished Alumnus Award in 2012.

Fay earned a Bachelor of Arts degree with distinction from the University of Virginia in 1977 and his law degree from American University in 1981. 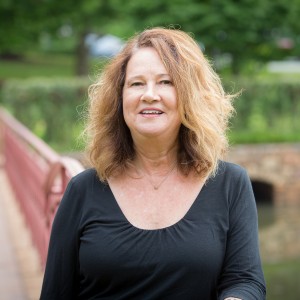 Executive Assistant to the CEO & Board of Directors
lpence@uvafoundation.com
(434) 982-4841